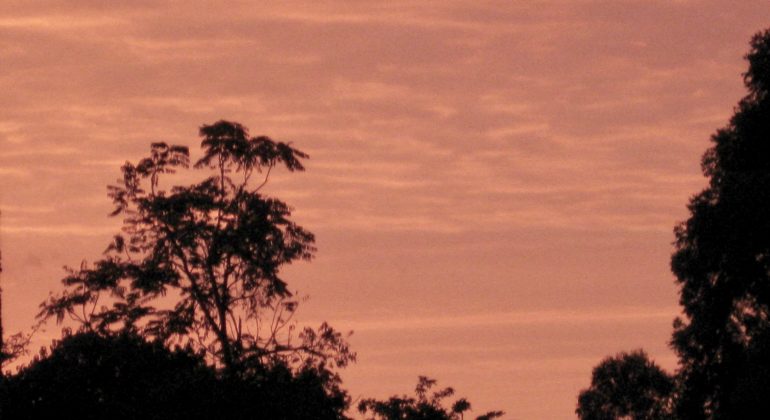 Amoti: In the old tradition, when you found a husband before you could marry, the two families had to meet. Today we say Kwanjura- the introduction of the families. Kwanjura Owaitu (in our culture), means everyone gets to know each other. The groom brings his family to meet the family of the bride and to ask the clan for their daughter. This celebration is a way for everyone to see the character of not just the man but of his entire family. The families used to give dowry because if the husband takes you for free, it’s like you are nothing. “They didn’t even give your parents anything” people might say. But when they pay a dowry, it means you are important to your family, Omwana wamaka (a child from a strong household). But people started abusing and misunderstanding the tradition,   especially the rich families. It became a nuisance and a reason to oppress the wife. If she voices any complaints, it’s like ‘O what are you saying? I paid some cows for you.’ It lost the meaning of the tradition. A dowry was meant to be a gift to show good will toward your in-laws and demonstrate you have good intentions to take care of their daughter. The Christians families started breaking it off, saying ” instead of my daughter going and being abused, saying she was bought by so many cows even though the cows were a mere gift, this man has turned it into a price”—so they abolished it. “Instead of dowry, bring presents. Our daughter is going to build your family let’s see what you can give.”       There are still people who ask for a dowry. They still play the game of dowry, so they don’t lose the culture. They’ll say ok bring five cows, but in the end, you say “one cannot buy love, there is no price for my daughter.”

Lydia:  How did this tradition begin?

Amoti: The first ceremony started because most families didn’t have money to make a wedding.   It took place in the evening, so people don’t criticize,  ‘O so and so—she was wearing    that.’ Weddings were always at night. Then religion came and people got the idea that no one can be as smart as the bride. Nobody should look as good as the bride, so they started these meetings to support the bride. It was to counsel her. Now a new tradition has been adopted; we have to come together to support the new family for their wedding. We build them up. If we are going to support them what is important? What do they need? If you have land, you give them land. If they need to build a home, you give them materials or clothing to the wife. Who will be the elder to keep looking at them? Sekanti owomugole, a trusted aunt to help the bride- someone who knows her background, who saw her as a teenager, who knows men she’s dated, someone to defend her reputation. And on the man side, there is the Katerarumi –a man who goes and speaks on the groom’s behalf. He is a man from the father’s side. They don’t want the father talking because he might embarrass the groom or he might make a mistake, so they always pick one elder to go as a team leader who will speak on behalf of everyone, He has to be wise!

Amoti: At that time, people used to send elders to go pick up the bride, saying, ‘you have to be     here at 7 in the evening to pick up your bride.” They would bring everyone out and tell the elder to pick his bride, but they’ll first challenge him to choose the right person. Now that game is played during the day, and the bride’s family will say, “these are all the girls we have in our family” pick the right one. They girls come out in rounds—if you know you say ‘uh uh there is no one in here.’ They bring another group – choose the right one. Anyway, the groom would have told you the right person, and when the group with bride    comes out and he’ll say, ‘here is the bride.’  The groom puts a necklace around her neck as a symbol of the one he has chosen. All those traditions are games.

Lydia:  How difficult is it to maintain these traditions here in America?

Amoti: It’s hard. It’s like another party. It’s expensive. If I do this traditional wedding and then try to do a church wedding, it will be very expensive. You don’t have family here. Your friends and people live far from each other. It’s costly in money and time even though it’s important to have both traditional and church wedding. Organizing everyone is a    problem. Who is going to lead the delegation? Who is going to host the introduction? Now, the traditional ceremony is a small part of the festivities.  You make lunch for the in-laws, you still play the game, but in the old time it was a big day.

Now, in Uganda, people are doing it extravagantly. It’s like pressure; people are focusing on other people’s mistakes. ‘So and so didn’t have this, they didn’t have that, I’m going to    do it bigger.’ But you have a few couples doing it small. For example, Apuli’s cousin, the reverend’s daughter, only had fifteen or sixteen people. It’s a good idea. You end up having these extravagant events, and they are so expensive; whereas back then people used to cook.  now they want catering. Now the catering business has come in. Back then people would cook matookes, slaughter a cow, or a goat—people would eat, and you find the rest is thrown away.  There was a shame or ignorance to take the leftovers, it was like, ‘oh how will they see me carrying the food away from the party?’ But as the population started getting high and the food is expensive new couples are budgeting. For example, if I give a caterer a goat how many people can he feed?

Lydia:  Did most people have the introduction and church wedding back then?

Amoti: It was the same. There are people who think the wedding is more important. Now, the wife’s relatives and friends host the introduction, and the wedding is on the man’s side.    That is the Ugandan philosophy—‘if I’m giving away my daughter, I will invite my in-laws to come to my house to celebrate the fact that my daughter has brought a suitor to my clan. Then we’ll throw a small party to see this man, his family members and see where my daughter is going, seeing the people.’ In Uganda, the man pays for the church wedding because he is the one celebrating for gaining another family member who’ll bring them more family members. They do the wedding, people give presents, give land, cows; and give them whatever they want.

Also, we have the problem of distance. People are living far from each other. They’ll say ‘I’ll come to the introduction but not the wedding.’ Or the introduction might be on Thursday and wedding on Saturday—long time ago people didn’t travel far. You work in your hometown but if you add on traveling—like here, you have someone coming from Philadelphia and another coming from Kampala there is a great distance. So introductions have become large events because people are travelling from far. We still have the culture of fundraising; everyone participates in fundraising whether they attend or not attend the wedding. There is a saying in our language: you won’t find your enemy at your wedding or funeral because those are the two things where a celebration takes place. For funerals after three days, they make a big celebration and weddings normally long ago they don’t do invitations—if you know so and so’s son you just appear…even if you don’t attend the wedding, you can go to the church and continue on your way.