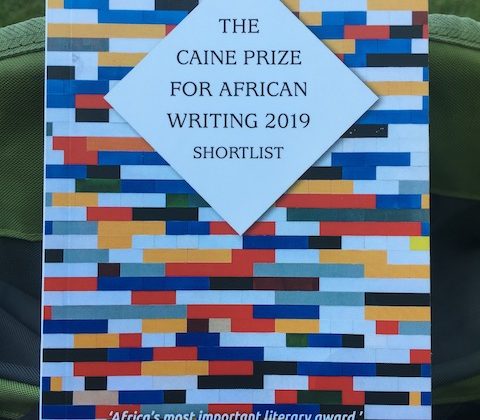 The Caine Prize for African Writing 2019 went to Lesley Nneka Arimar for her short story Skinned. In this dystopian tale, young women are forced to live in the nude until they are married and covered by wife cloth.  Arimah’s story is an insightful commentary on traditional institutions that continue to privilege men—particularly in a marriage where the man is seen as the authority figure. Nudity, in this case, serves two purposes: on the one hand, it functions as an indicator of a woman’s value. It allows the man to gauge her beauty, refinement, and character.

On the other hand, nudity is presented as a social disability in which women need to be rescued. When a man claims an uncovered woman, he performs a virtuous act that restores her honor in society. Marriage elevates her social status among other women, the family and community writ large. Arimah does a fantastic job to strip away this piousness to reveal the greed, self-preservation, and fear that keep the tradition going. Since remaining unmarried is an indicator of some personal flaw—such as stubbornness– women who remain unclaimed learn to shrink themselves to avoid harassment and public scrutiny. The longer the woman stays uncovered, the further she is pushed to the margins of society. Friends and family often shun the uncovered woman, whom they come to see as a handicap to their social mobility and security.

Life on the periphery is a running theme throughout the five shortlisted writers. Their stories explore relationships that are undermined by a lack of personal freedom and expression. Meron Hadero’s lovely story The Wall is a meditation on trauma, unrequited love, and friendship. In many ways, this mirrors Cherrie Kandie’s tale, Sew My Mouth— which is an excellent commentary on isolation and the paranoia of forbidden love. In both stories, we see the protagonists smothered by fear, which forces them into a performance for families as a way to avoid detection. Performance as a tool for economic improvement also is seen in Ngwah-Mbo Nana Nkweti’s story, It Takes A Village Some Say, and Tochukwu Emmanuel Okafor’s gripping tale, All Our Lives. Both short stories focus on the complex web of migration and exploitation, where young people are flung into unfamiliar cities without the safety net of family. Once isolated, these young people resort to deception to make ends meet.

The award ceremony for The Caine Prize For African Writing took place Monday July 8th, 2019 at SOAS University. The prize was judged by Peter Kimani, Sefi Atta, Margie Orford, Scott Taylor, and Olufemi Terry. The winner, Lesley Nneka Arimah, also has authored the short story collection: What It Means When a Man Falls from the Sky.