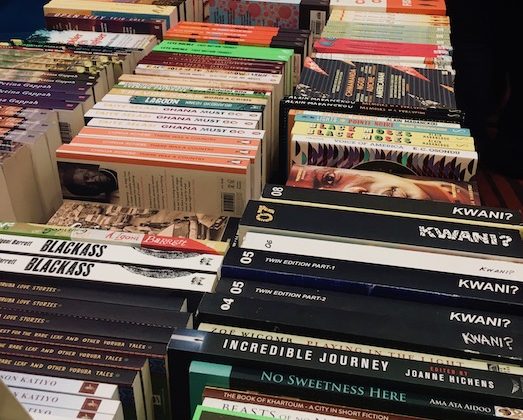 In its eighth edition Africa Writes Festival, sponsored by the Royal African Society, continues to be one of the best events celebrating African literature. Hosted at the historic British Library—fans of African storytelling had a chance to mingle with their favorite authors through book signing, panel discussions, and stage performances. This year’s theme focused on the body, with headline performances by Our Body Speak Poetry. Poets Jessica Horn, Fatimah Keller, Raymond Antrobus, Belinda Zwawi, Nick Makoha, Koleka Putuma and many more set the tone for this year’s festival. In many of the performances the body was presented as a contested space. The poets showed us the diverse emotions that spoke to their personal and collective experiences. Some of them recalled memories that have been a source of trauma and those that have personified love. One of the standout moments was Raymond Antrobus discussing the tender act of his dad reading to him–a deaf child, an act that ignited his love for books. What stood out in the performances was this idea that the body could occupy two spheres; often it is a space for private meditation, shielding one’s intimate thoughts from the outside world. At other times, the body was critiqued as overtly public, yearning to have its experiences recognized and affirmed by a community. Belinda Zwawi gave us an illustration of the complex interiority of the body— using her deep, soulful voice, she entranced the audience; often, suspending us in a place of both fragility and certainty, failure and triumph.

Zwawi’s profound grasp of the individual as set apart and yet a member of the collective was echoed by Koleka Putuma’s poem exploring church and homosexuality. Putuma brought the auditorium to a complete standstill. In tone, imagery, and delivery, Putuma drew a contrast between the body of Christ and queer bodies that are often under scrutiny, hurt, or discarded. On one hand, she spoke about the body of Christ as a space for collective exaltation, beauty, and refuge; yet at the same time, she discussed how the church has been a place of rejection and isolation for queer bodies.

Other highlights included Margaret Busby and the launch of the exquisite New Daughter of Africa with writers Bernadine Evaristo, Nadifa Mohamed, Ayobami Adebayo, and Namwali Serpell. Similarly, Yolande Mukagasana’s memoir, Not My Time To Die— made a profound impact on the audience who listened attentively as the author recalled the loss of her family during the 1994 Rwandan Genocide. The incomparable Jennifer Nansubuga Makumbi was also there to present her new book of short stories: Manchester Happened. This event was followed up by The Caine Prize Shortlisted Writers, who did a phenomenal job reading their stories. One of the highlights from the festival was Sylvia Ofili, who provided a delightful presentation of her graphic novel German Calendar No December. The festival closed with an interview with author Chigozie Obioma and a stage performance of his book The Fishermen. With minimal props, the production focused on two brothers recalling events that led to their family’s downfall. The performance was gripping: at times exuding warmth, humor and love and other times palpitating with anger, regret and misfortune. The two actors were simply mesmerizing.

As the festival came to a close, Royal African Society representatives announced that going forward Africa Writes Festival will be held on a bi-annual basis. This break will give them a chance to promote The Africa Film Festival, which takes place each November. We cannot thank Africa Writes Festival organizers enough for their contribution to African Literature. As I mentioned to one of them—in a few years, this festival is going to be the focus of many Ph.D. inquiries.  Not only have they provided a physical space for writers to congregate, exchange ideas, and tackle new issues, but also they have made contemporary African literature accessible to its fans. Africa Writes is an essential space for spontaneous conversations—all adding to this golden age of African writing on the continent and beyond. Africa Writes took place Friday, July 5- 7th, 2019 at the British Library Knowledge Center. London, UK