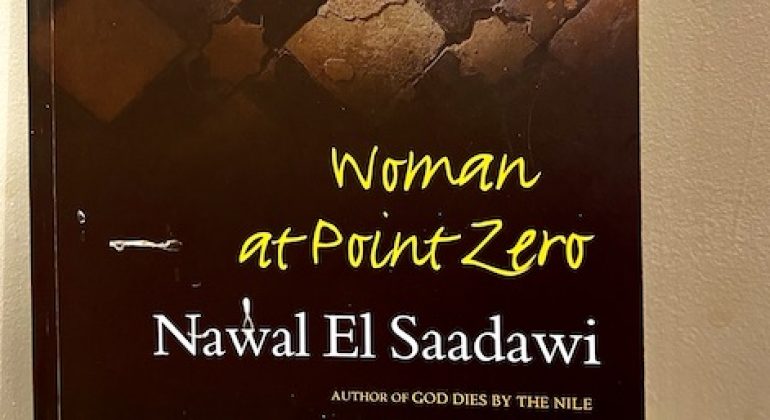 Omusana Review joins the literary world in mourning the death of Egyptian writer Nawal El Saadawi. Saadawi died on March 21, 2021, at the age of 89, in Cairo, Egypt. She was an extraordinary writer, activist, doctor, and educator. In all her roles, Saadawi championed the rights of women to be liberated from patriarchal bondage. While in Egypt, Saadawi began to organize women under a movement she dubbed historical socialist feminism. She argued that gender inequality was a global phenomenon ingrained into society through religion, education, and traditions. Her objective during her long tenure was to make people think about gender inequality as a product of both culture and capitalistic exploitation. Saadawi vowed to fight gender discrimination in all her work.

From an early age, Saadawi was a feminist. Born into a liberal family near Cairo, she graduated with a degree in Psychiatry in 1955, a feat that was considered very taboo at the time. As a psychiatrist, Saadawi came into contact with the general public whose emotional lives and living conditions aggrieved her. She saw that women and poor people were marginalized in a patriarchal society.  In her view, the world “rewarded men” just for being born male; it bestowed on them all the opportunities available in society. It did so at the expense of women. This double standard was familiar to her both as an individual and a member of a community. Saadawi vowed to fight gender discrimination in all her work; first, she championed health education, and later on she called for political organizing.

In an interview with Margaret Busby at Africa Writes Festival (2016), Saadawi said that she has always embraced the title of “dissident writer.” She noted that “to be dissident—to attack people who attack me is good. I should not submit.” Thus, writing became a tool and a symbol of resistance. It was an expression of her humanity, a personal choice that communicated her feeling towards the world, and also, it was an indicator of her power. When she was arrested for criticizing Anwar Sadat’s regime, the urgency to write one’s condition became even more critical. Using toilet paper and eyebrow pencil for pen—Saadawi wrote to communicate the repression faced by women, the poor, and to steer her country into a revolution of equality. Her prison experience was recorded in the book: Memoirs from the Women’s Prison (1984).

There is no doubt that Nawal El Saadawi has played a critical role in expanding views of African Literature.  She continues to enjoy global acclaim for some of the most important books published from the continent. Woman at Point Zero (1975), The Hidden Face of Eve(1977), and God Dies by the Nile (1985)—are some of the texts that have been translated into many languages. Her books continue to appear on curriculums in fields such as Literature, History, Area Studies, and Gender Studies. Any reader who has engaged her famous novel, Woman at Point Zero, will tell you of its power and honesty at the cruelty of society’s mistreatment of women. Like the protagonist, Firdaus, who speaks with urgent fury about the conditions imposed by the patriarchy—similarly, Nawal El Saadawi found power in being a fierce critic of exploitation. Saadawi felt that the most crucial tool to disempower the patriarchy was the voice. She spoke out against injustice and humiliation with the hope of improving conditions for women. Asked in an interview—which role she most relished, Saadawi responded that “being a writer” has been her most cherished one.

How Daudi Karungi is Bringing Visibility to African Artists?

The Promises and Pitfalls of Private School Education, In Musa Okwonga's New Memoir