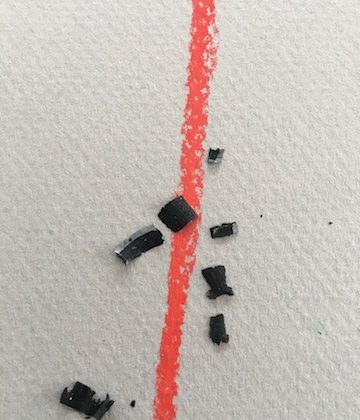 In the early pages of her memoir, The Girl Who Smiled Beads, Clemantine Wamayira confesses: “I have never been inviolable. Often, still, my own life story feels fragmented, like beads unstrung. Each time I scoop up my memories, the assortment is slightly different.” In many ways, this statement is the heart of Wamariya’s narrative about the Rwandan Genocide. The statement reflects the deep, ongoing distress of war; the loss of identity, and the Sisyphean effort to live with that loss. Her story discusses the fragile emotional state that persists long after the war has ended. Told from alternating timelines, Wamariya traces her journey with her sister Claire through seven refugee camps in East Africa before settling in America. Each chapter peels back the layers of the refugee experience; showing not only the physical constraints of moving from one country to another without documentation; but also the difficulty of settling down once you have found a permanent home. The strength of Wamariya’s narrative is that it brings to the forefront issues such as mental health, poverty, abuse, and prejudice. Even acts of generosity and abundance are received with suspicion. It bewilders her, to be a person who survived on very little and suddenly to find oneself in a place of overflowing abundance.

Within the Rwandan literary canon, Wamariya’s memoir adds to survivor accounts such as Discovering God Amidst the Rwandan Genocide by Immaculée Ilibagiza, and An Ordinary Man by Paul Rusesabagina. In these books, you find themes of survival, forgiveness, and spiritual restoration. The other works documenting the Rwandan genocide tend to be written by journalists such as Philip Gourevitch’s We Wish to Inform You That Tomorrow We Will Be Killed with Our Families, and Jean Hatzfeld’s Machete Season. These are works that give historical backgrounds and capture testimonials of victims and perpetrators.

However, what sets Wamariya’s memoir apart from the aforementioned books is the way it zeros in on the impact of war on children, in particular, the emotional disruption war imprints on young victims. In this sense, Wamariya’s account parallels that of Ishmael Beah’s memoir A Long Way Gone about the civil war in Sierra Leone; and Helene Cooper’s The House at Sugar Beach set in Liberia. In all three books, the authors discuss what life was like before and after a war. Before the war, we see children in their typical roles; they are happy, preoccupied with their hobbies, and taking pleasure in mundane daily interactions. They ignore the ominous whispers of adults in conversations and the sudden vanishing of maids. When war does arrive, it is swift and incomprehensible. The abruptness of war, the fact that children have to leave their home and walk hundreds of miles, coupled with the emotional weight of being separated from parents stirs up a myriad of emotions; fear and hunger, exhaustion and bewilderment, helplessness and perseverance.

Overall, this memoir is insightful, candid, and mournful. Not only does Wamariya bear witness to the atrocities in Rwanda but also she commits herself to advocate for truth as a path to peace. Her testimony is especially poignant when juxtaposed to the self-censoring, the speechlessness that looms within her family and the Rwandan community writ large. As she states, “Rwandans believe we’re comfortable with silence. But silence accommodates hate.” Although, she is not prescribing a one story fits all model, her resolve to speak with such clarity may prove to be a bulwark against hate.

The Girl Who Smiled Beads: A Story of War and What Comes After
Wamariya, Clemantine.
co-author Elizabeth Weil
Crown/Archetype