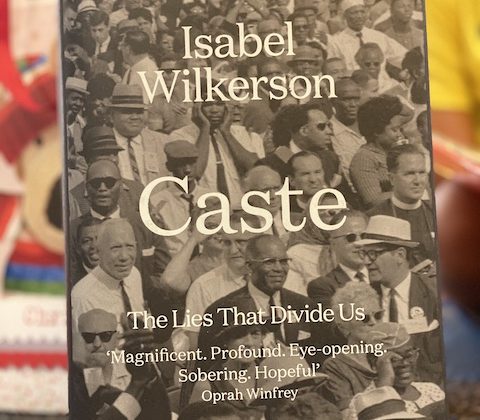 2020 is a year that we will not soon forget. In a year of disruptions, literature stood out as a balm for an awkward reality.

2020 is a year that we will not soon forget. As we navigated the disruptions brought by the covid-19 pandemic and tackled old resolutions with renewed vigor—literature stood out as a balm for an awkward reality. This year social media played a critical role in keeping us connected. From IGLive book launches to Zoom literary festivals, social media allowed us to engage writers producing work on the continent and abroad. One festival that stood out was Afrolit Sans Frontiers—a literary festival curated by Zukiswa Wanner and featuring some of Africa’s great writers like Maaza Mengiste, Jennifer Nansubuga Makumbi and Irenosen Okojie. Okojie was also this year’s Caine Prize winner.

In terms of great books that got us through the year, President Barack Obama’s memoir: A Promised Land made a huge splash and was a worthy read. A gifted storyteller, President Obama took us through his journey to the presidency and the inhospitable welcome he received. Paired with Michelle Obama’s Becoming–we gain tremendous insight into a modern presidency. Transcendent Kingdom by Yaa Gyasi and First Woman by Jennifer Nansubuga Makumbi; as well as Shadow King by Maaza Mengiste we the other highly anticipated novels. Coincidently, both books center around young African girls as they navigate themes of abandonment, identity, and motherhood. Shadow King, which I reviewed for The Times Literary Supplement, was also shorted listed for the Women’s prize.

Race was front and center this year. How to Be an Antiracist by Ibram X Kendi and White Fragility by Robin DiAngelo were books frequently mentioned and recommended to readers. These books became icebreakers to engage a hot potato issue like race. One of my favorite books, that I highly recommend, is Why I’m No Longer Talking to White People About Race by Reni Eddo-Lodge. Eddo-Lodge gives a refreshing honest look at the race dynamics in United Kingdom and the discomfort that comes with engaging this issue particularly when it intersects with themes of gender and class.

For me, the top book of 2020 is Caste: The Origins of Our Discontents/ The Lies That Divide Us, by Isabel Wilkerson. In Caste, Wilkerson presents us with a thoroughly researched text that feels both familiar and revelatory. It is extensive in scope, captivating in its details, and impeccable in laying out the case for how racism functions in American society. This book feels like having your vision corrected; Wilkerson gives us a new pair of glasses that bring into focus the damage of racial hierarchy. Published at the height of a global response through protest to the killing of George Floyd, Wilkerson presents a concise argument for reframing racism in American life through the prism of caste.

Relying on historical evidence and personal narratives, Wilkerson argues that America, like India and Germany, is a hierarchical society that places black citizens at the lowest rank. Her purposeful use of the term caste is intended to move us away from the term racism. In her analysis, Wilkerson notes that race functions as a marker to direct us to our proper place on the social ladder. White people are directed to the top; black people are directed to the bottom. This division occurs in education, in health, and sadly law. Whether you are a private individual going about your day or a public figure known to millions—caste intrusion functions to put black people in their place regardless of interest or temperament.

Furthermore, Wilkerson argues that this racially divisive structure is upheld by eight pillars. The first pillar is divine will, religious explanations where God blesses white people as heirs while cursing and banishing black people from His holy sight. By entrenching racial superiority in the origin stories of humankind, slaveholders felt justified in their enslavement of black people since it was ordained in scripture. Other pillars, such as heritability, purity, endogamy, and superiority, also help cement caste.  Regardless of their contradictions, these pillars are encoded in the legal structures, which further segregate the races.  Because this system is built around race as the identifier, it cannot be escaped with education, money or outward success. Overall, what makes this book such a standout is its narratives; in it, we get to see dreams foiled and life interrupted, or much worse, people killed for belonging to the wrong caste. Caste: The Origins of Our Discontents is a timely book that coincides with a renewed hunger to understand the role race plays in all facets of American Life.

How Daudi Karungi is Bringing Visibility to African Artists?